Indianapolis, Ind. - It may say "Lil' Peterson" on the cowl of his race car, but there is nothing small about the game Samuel Peterson brings to the Midwest Jr. Dragster Series.

Son of US 131 GM Jason Peterson and his wife, Stephanie, the 16-year-old scored big this past week at Lucas Oil Raceway Park in Indianapolis where, riding on Hoosier 18x9x8 tires, he won a total of 18 racing rounds on the way to claiming two of the series’ iconic Big Daddy trophies.

Racing Saturday in the Summit 7.90 class, Peterson used a trio of double-O lights to help secure his first win of the weekend.  Then on Sunday, driving a second Blossom Racing-powered, Hoosier-shod Jr., he won the prestigious All-Star Performance Quick 16 title with consistency at both the starting line and finish line including a .017 light in the final. 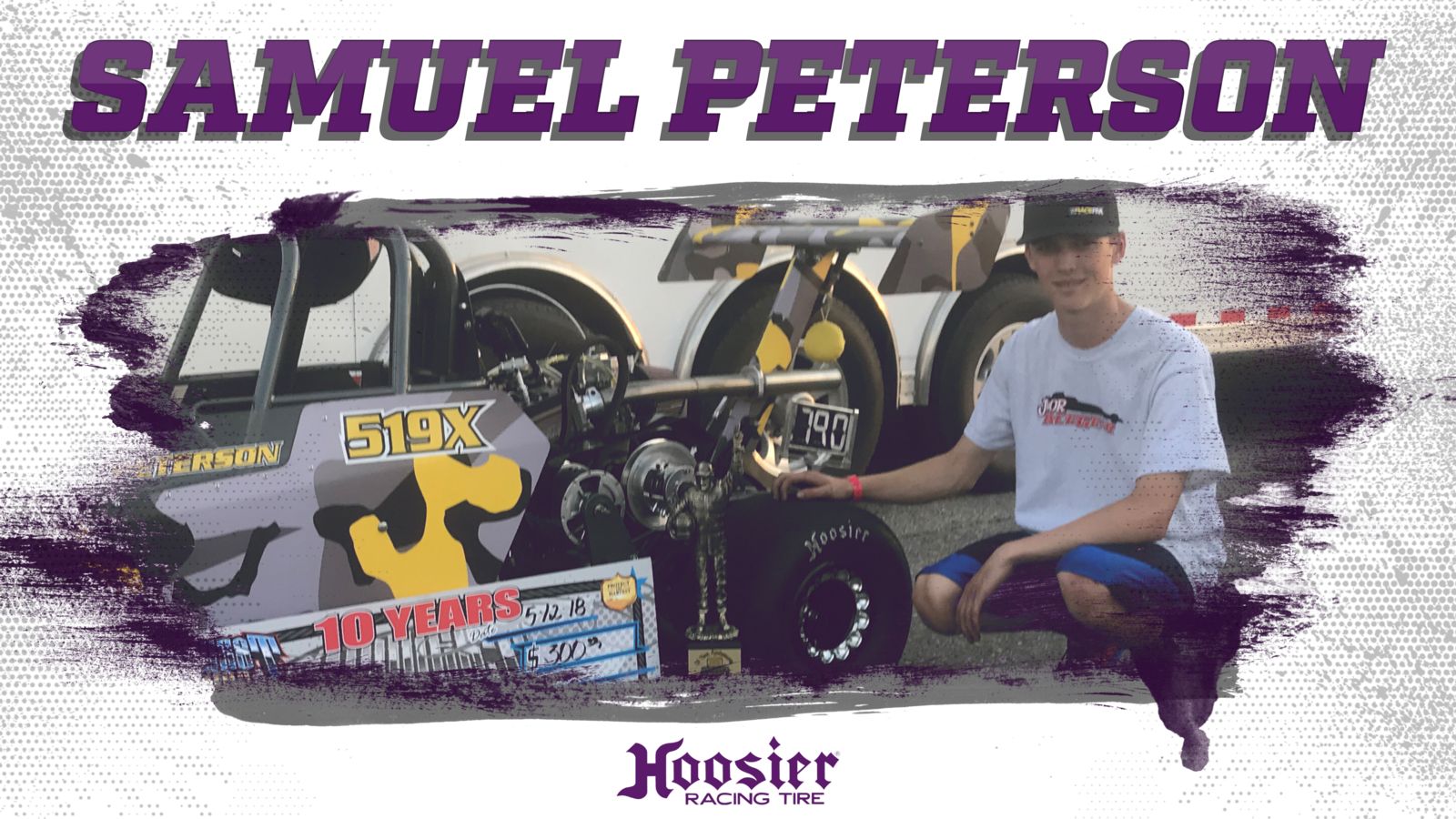