ALTON, Va.  – Tony Buffomante emerged victorious on Hoosiers at Virginia International Raceway as the Trans Am Series held its second race of the day, a TA2 independent race, for Round 8 of the 2016 Trans Am Championship.  The victory was Buffomante’s fourth of the year and second consecutive, helping bolster his points lead in the TA2 Championship.

Buffomante, in the No. 34 Mike Cope Racing Ford Mustang, began the day in second position, alongside teammate and pole sitter Justin Haley, in the No. 99 Braun Foundation Ford Mustang, and held the position for much of the race until the No. 99 of Haley was contacted by a lapped car and forced off course, losing 4 positions.  Buffomante then inherited the lead and comfortably held it for the majority of the race.

Buffomante would be joined on the podium by Mike Cope Racing teammates Lawrence Loshak, in the No. 5 Pennzoil Platinum/ MOMO/ ETE Reman Chevrolet Camaro, who battled back from as low as eighth, and the resurgent Justin Haley, who recovered from fifth position, after the contact, to finish third.

“I just focused on staying clean,” said Buffomante.  “Obviously there were a lot of people going off, a little oil, there was grass on the track—I was worried about getting grass on the grill and overheating.  Things got a little hot at the end, so I started short-shifting it; but the biggest thing here for me is Mike Cope Racing 1-2-3 on the podium with the “Arrive and Drive” program—the cars are awesome.  Justin (Haley) had the win, there was no doubt about it, he had the pace all weekend, but he went one way and a lapper took him out.  It’s as simple as that. I feel bad for him, but he’ll get his first win soon.”

The TA2 top five was completed by Kyle Marcelli, in the No. 96 New Field Inc. Chevrolet Camaro, and John Atwell, in the No. 02 A&J Lab Portal Chevrolet Camaro, as they finished fourth and fifth, respectively.  The TA2 class top ten also featured, in order, Steve Kent, Jr., Gar Robinson, Jordan Bernloehr, Curt Vogt and Shane Lewis.  An unusually high seven drivers were unable to finish the race due to a variety of mechanical issues.

On his way to victory lane Buffomante would turn the fast lap of the race, a new track record 1:53.839, but he comes away with the greater prize— solidifying his position atop the TA2 points no matter how slight that might be.

“It’s going to take speed to bring this championship home,” said Buffomante.  “You can’t just come out here and coast around, these guys are too fast—especially the guys under the Mike Cope tent.  I thought it was going to be a great points day; then I hear Justin had fallen back to fifth and thought ‘that would be a heck of a drive to get back up here,’ then he ends up in third!  We just have to be fast every weekend.  It’s how you stay out of trouble; it’s how you gather up points.  There’s no holding back; there’s no conservatism. It’s just too competitive here.”

Leaving Round 8, Buffomante remains atop the points with 194 to his name, maintaining a margin of 9 over Justin Haley, with 185.  Gar Robinson, defending TA2 Champ, falls back to third with 176 points, while Loshak moves up to fourth with 168.  Dillon Machavern holds fifth with 155.

TA2 departs VIR with one of the most contested championships in its existence, setting quite the finish to Trans Am’s 50th Anniversary Season in the remaining rounds at Homestead-Miami, NOLA Motorsports Park, Circuit of the Americas and Daytona International Speedway—territory Buffomante is not extraordinarily keen to enter.

“I’ve never been to COTA, and I know Justin has the track record—so that’ll be tough,” said Buffomante.  “The rest of the tracks I’ve been to, and I’m not a huge fan of them to be honest with you.  We knew we had a big stretch with Mid-Ohio, Road America and VIR and, unfortunately, we got taken out at Mid-Ohio; but I guess what goes around comes around.  Hopefully we can make some hay at the remaining tracks and hold on.”

TA2 and the rest of the Trans Am Series will return to the track the weekend of October 8-9 for Round 9 of the 2016 Trans Am Championship at Homestead-Miami Speedway. 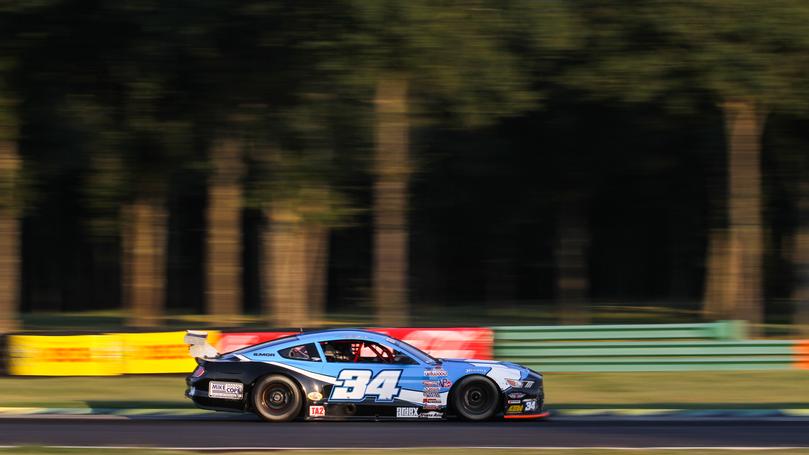 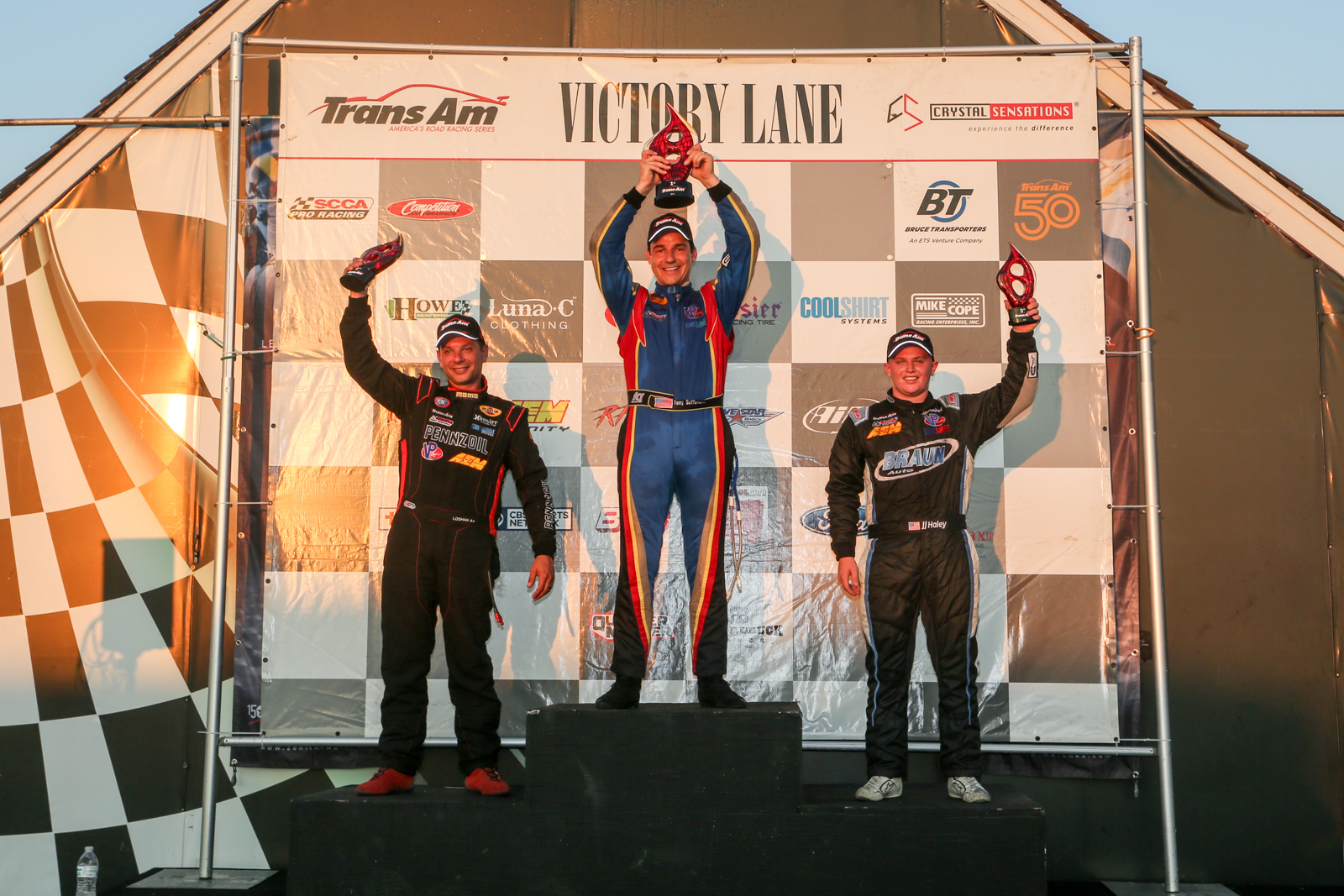