SNOQUALMIE, WA - The DirtFish Motorsports Stage Rally Team of driver Sam Albert and codriver Michelle Miller rounded out their season competing in the Big White Winter Rally, the final round of the Canadian Rally Championship. The pair contested every round of the American Rally Association National Championship this year placing an impressive 3rd overall and 2nd in class while competing in the DirtFish Limited 4WD STI. As a result, both instructors had enough championship points to put them in contention to win the North American Rally Cup.

The North American Rally Cup (NARC) is a series that encourages cross-border competition between the United States and Canada and is comprised of all national events between the American Rally Association and the Canadian Rally Championship. There are championships for drivers and codrivers in both overall and 2wd categories and to qualify one must enter an event in each country.

Coming into the event, Albert had the points lead in the driver's championship but was under threat from Canadian competitors Brandon Semenuk and Nick Spencer. All he had to do was finish 5th overall or better in the event to secure the championship. This is a task easier said than done in an event comprised of nearly 200 kilometers of icy roads riddled with snow banks and ditches. Big White Winter Rally, held near the base of the Big White Ski Resort just east of Kelowna, British Columbia, is historically a true snow rally. The roads are plowed leaving big snow banks that competitors can use to their advantage giving them confidence and speed as they navigate the terrain. This year, however, a lack of snowfall left many of the ditches exposed and ready to catch out competitors who decide to push too hard. On top of it, Albert hasn't finished better than 9th in this event in his two previous attempts. The pressure was on.

In the codriver's championship, Miller came into the event with a slight points lead over three time NARC Overall Codriver Champion, John Hall. Hall, who also serves as the President of the Canadian Association of Rally Sport, teamed up with Semenuk in their Rocket Rally prepared Subaru Crosstrek. To secure the codriver's championship, Miller would have to beat Hall outright in the event.

The first day of competition began Saturday afternoon on the Black Forest Stage. With the goal set of winning the North American Rally Cup Driver's and Codriver's championship the duo knew they had to set a strong pace but not risk making any mistakes on the unforgiving winter roads. After completing the first leg of stages, the team was sitting 4th overall heading into the night stages. Racing at night in the forests isn't for the faint of heart. With only driving lights and pace notes to guide you, the focus required to be at speed at night is demanding. Charging into the night guided by their Diode Dynamics light bars, the team finished the first day of competition marginally falling back to fifth overall after a brief encounter with a snow bank, leaving Semenuk and Hall in the lead.

Day two started off with snow in the forecast and a move over to the 33km Gem-Falcon stage. The longer stage weaved its way through the snowy forest, descending the mountain with several surface changes. In higher elevations the road was generally more grippy and confidence inspiring while down low, the lack of snow and the packing by active logging trucks in the area created a sheet of ice. Knowing the day's over 120 kilometers of stages would be a test of endurance, the team set out to maintain pace and mitigate risk. As the day continued on, the pair moved back up to fourth. Setting an almost untouchable performance, Semenuk and Hall continued to extend their lead over 2nd place competitors Boris Djordjevic and Darren Garrod. With a large gap behind Albert and Miller to 5th, several minutes to 3rd place competitors David Nickel and Alex Gelsomino, and no chance to catch Semenuk and Hall, the DirtFish Instructors settled in on the remaining two stages of their 2018 season.

At the end of the event they finished 4th overall, securing Albert the North American Rally Cup Driver's Championship and Miller 2nd overall in the Codriver's Championship, closing out an incredible first full season for the pair. 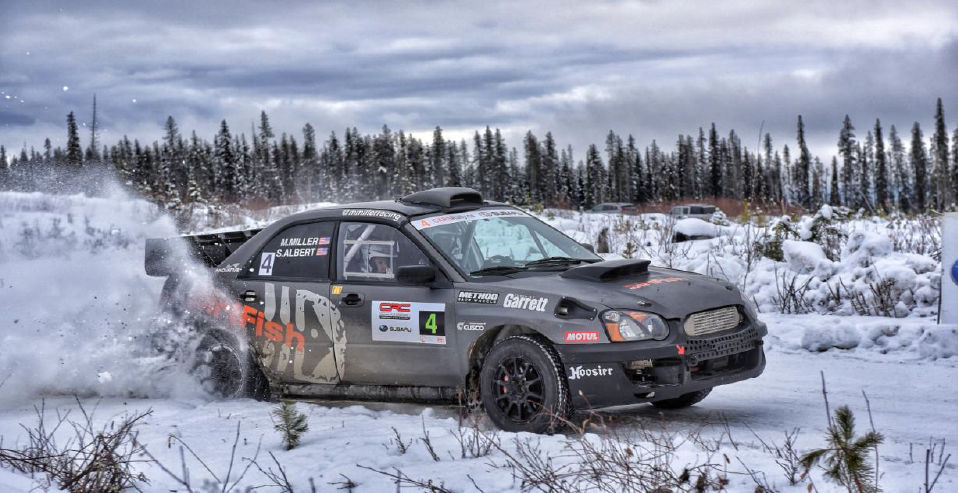 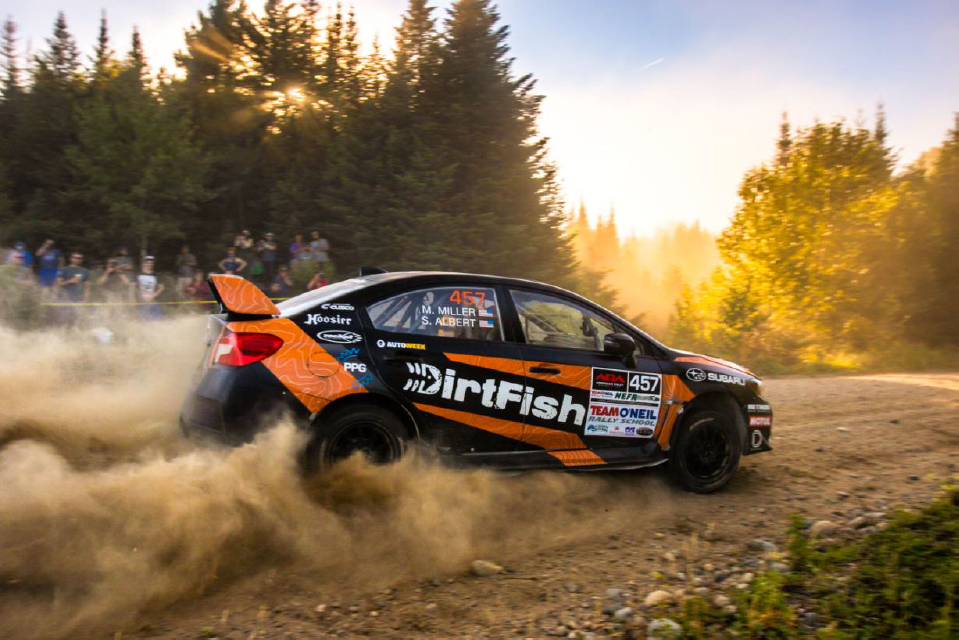