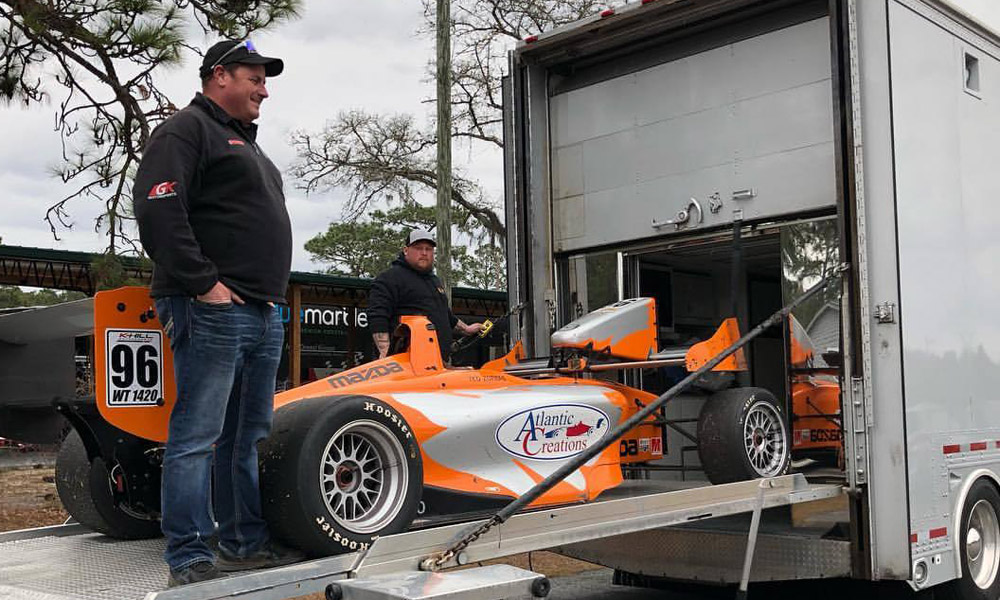 Kris Kaiser, owner of the successful K-Hill Motorsports open-wheel racing team, has died at the age of 45 after suffering a heart attack.

Kaiser will be forever remembered by the countless individuals he influenced.  Always available to help anyone in need. A true friend to an untold number of people in many different worlds. Kris often seemed larger than life, with the ability to accomplish the impossible in life, business, racing, and more.

Kris was a true champion, and his racing legacy will live on through the countless future wins and championships of the drivers and crew at K-Hill Motorsports.

Kaiser’s Pennsylvania-based shop produced numerous SCCA National Champions, including class victories at the 2016 SCCA Runoffs in Formula Atlantic and Formula F, and once more with Formula F at the 2018 Runoffs.

A former driver, Kaiser’s drivers earned numerous junior open-wheel championship in K-Hill machinery, and with the growth of the SCCA F4 U.S. Championship, the team was expanding its footprint and reputation in North America as an outfit capable of preparing talented young drivers for the higher rungs of the sport.

An integral part of the development ladder, Kaiser’s loss has deeply affected those who knew him. He leaves behind a wife and young daughter.

“Kris was a prolific supporter of our formula and prototype classes,” Kaiser’s friend, 2016 SCCA National Champion and SCCA Board member John LaRue, said in an email. “Kris likely single-handedly fielded more cars in these classes than anyone in the past five years. He was the owner of the 2018 and 2016 FF National Champion. Many of his drivers have been recognized by our club for their accomplishments with some of our highest awards.”

The family has requested that if, you wish to donate on Kris’s behalf:
https://rpm.foundation/