Fort Mill, SC., January 1, 2020 — Continental Tire of the Americas has named Joerg Burfien as the new president of Hoosier Racing Tire Corporation, as of January 1, 2020.

Burfien succeeds John DeSalle who announced his retirement from the business in November after nearly 31 years with the company.

Burfien holds a master’s degree in Mechanical Engineering and began his career with Continental in 1998, when he joined the company’s International Trainee Program.

In his first role with Continental, Burfien worked as a development engineer and technical project manager in Hannover, Germany. Since then, Burfien has held several positions across the organization, including two prior assignments in the U.S.: one as the head of platform development tires in 2002, and later, he led the research and development organization for Continental Tire the Americas from 2006 to 2010. Most recently, Burfien has served as the head of global Standards and Regulations for Continental’s Tire Division worldwide.

“Not only does Joerg bring the technical expertise and leadership qualities required to lead Hoosier into their next chapter, but he also has a good understanding of the tire market from the variety of positions he’s held over the years,” said Dr. Jochen Etzel, chief executive officer of Continental Tire the Americas, LLC and Hoosier Racing Tire Corporation. “Whether working in product development, R&D, or as a key account manager directly with our customers, Joerg’s industry knowledge, and passion for technology and racing presents the perfect combination to lead a technical-driven organization such as Hoosier.”

Burfien’s passion for racing started at a young age and followed him on his assignments to the U.S. where he participated in amateur level racing across the country, tasting success with victories in a 24-hour circuit race series in 2013, Continental says.

“I am very much looking forward to joining the Hoosier team and being part of one of the largest racing tire organizations in the world,” said Joerg Burfien, president of Hoosier. “I’ve had the privilege of working with Hoosier in 2009, and then again during my role as the key account executive for Continental’s car dealer business in Europe. Having a history with Hoosier and clear understanding of what drives the organization is a great starting point for taking on this new role. The Hoosier team has a great spirit, and I look forward to working together during this exciting time in our industry as technology continues to take the art of racing tire development to another level.”

Based in Lakeville Indiana, Hoosier Racing Tire is the largest manufacturer of racing tires in the world with distributors located both domestically and worldwide. Hoosier Tire supplies tires for racing applications with an emphasis on high performance and quality. The company was acquired by Continental in 2016. 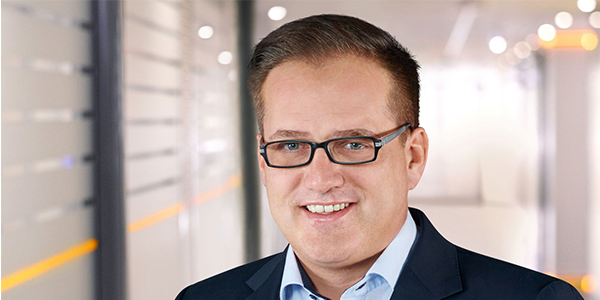